Intramammary infections in dairy cows are much less common than 40 years ago because of the effects of control programs. This has changed the etiology of infection. The problem remains one of the most expensive affecting the health of livestock, estimated at £ 300 million per year. Successful control is very dependent on antibiotic treatment. The use of antibiotics in food animals is being challenged, especially the use of broad spectrum, multicomponent products and the use of prophylactic treatment. Recent research has confirmed that antibiotic treatments are practical and cost-effective. In addition, it remains important for animal welfare.

Mastitis, an inflammatory response to the mammary glands that is usually caused by bacteria, is perhaps the most expensive endemic disease that is transmitted in dairy cows and other milk species. The impact is on animal production, animal welfare and the quality of milk produced.

You will be able to find saber SCC via https://www.saberfarm.com/products/saber-scc/

Mastitis is usually recognized by clinical signs, the most obvious are abnormalities in milk and udder. This disease is usually local but can be systemic, although rare, in animals whose compromised immune systems. The incidence of the disease varies with the age of the animal and the stage of lactation, about 50% of cases occur within the first 60 days or more after giving birth (Dodd and Jackson 1971). Clinical mastitis is less likely to occur in younger animals. The reduction of clinical mastitis has been a huge success over the past 35 years, in countries with advanced dairy industries. The average rate has been reduced from around 150 cases per 100 cattle per year to around 40 cases per 100 cattle per year (IDF 2001). 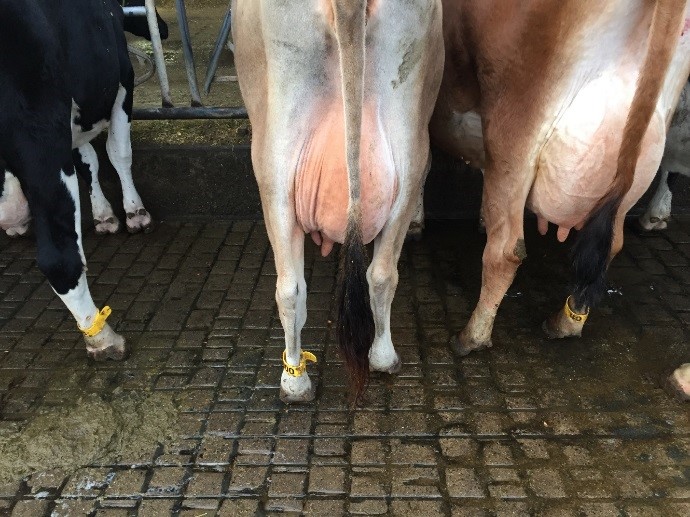 Most mastitis occurs as a low-level infection, a subclinical condition, which affects 10-15% of cows, increases milk leukocyte content, reduces milk production and increases milk bacterial content. This all contributes to the decline in the value of milk as food and in monetary terms (Barbano 2004). The prevalence of such infections is a significant risk for uninfected animals in the herd because many mechanisms exist to expose animals to new infections. The most common of these include common lying areas in housing or on pastures, milking machines and successive contact of various cows or nipples by milking workers who prepare milk nipples for milking.