Weapons in martial arts can be misleading as a term, on the one hand, it refers to an actual weapon one possesses, and then again maybe not. In martial arts, a weapon is usually a handheld weapon either with an edge of a metal or a blunt of wood. To get more details about martial arts weapons you may check it here. 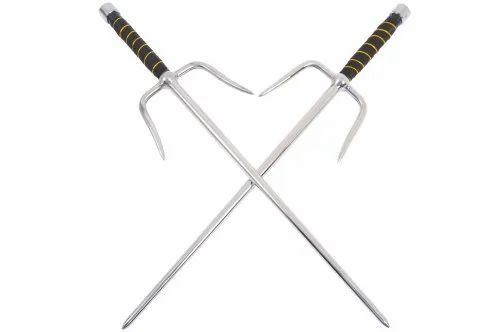 Each Asian country had its own version of what defense weapon it relied on based often on the ruling political power which would frequently deprive its citizens of the weapons used by its military so the common folk would rely on whatever implements they had on hand convert them to weapons.

This is the main reason the countries' of Japan, Okinawa, Korea, and even China used mostly farm tools converted into defense weapons for the majority of the common people's protection.

The other aspect of martial arts weapons is the simple use of the hands and feet. Although empty of any physical weapon other than itself these appendages are considered by most countries to be a lethal weapons at the professional or black belt level.

However, hand-held weapons require a special skill set to effectively use them. The blunt wood weapons require speed and force along with large arcing movements to generate the power necessary to render a foe neutralized. The sharper metal weapons use skill and adroitness to puncture or cut one's opponent. Both require a significant amount of training to successfully defend oneself.